Historic and heritage have sustained severe damage and collapse in recent earthquakes, including in Italy (2009), Haiti (2010) and New Zealand (2011). The main vertical and lateral load bearing members for these buildings are typically comprised of unreinforced masonry stone/rubblewalls. These walls have experienced both in plane and out-of-plane failures leading to the collapse of the structures. Given that the walls have little lateral capacity, it is critical to limit the input forces acting on them. In addition, these structures do not have a well-defined load path or diaphragm for seismic loading. A proposed mitigation strategy combining seismic isolation and superstructure intervention is discussed to address these deficiencies. Advanced nonlinear global and local finite element analysis is used to assess the efficiency of the proposed retrofit. The proposed method significantly reduces the level of seismic excitation acting on the existing walls and limits the superstructure retrofit, and thus preserves the historical features of the structures. Application of this technique to Miragoane Cathedrals in Haiti is presented construction. 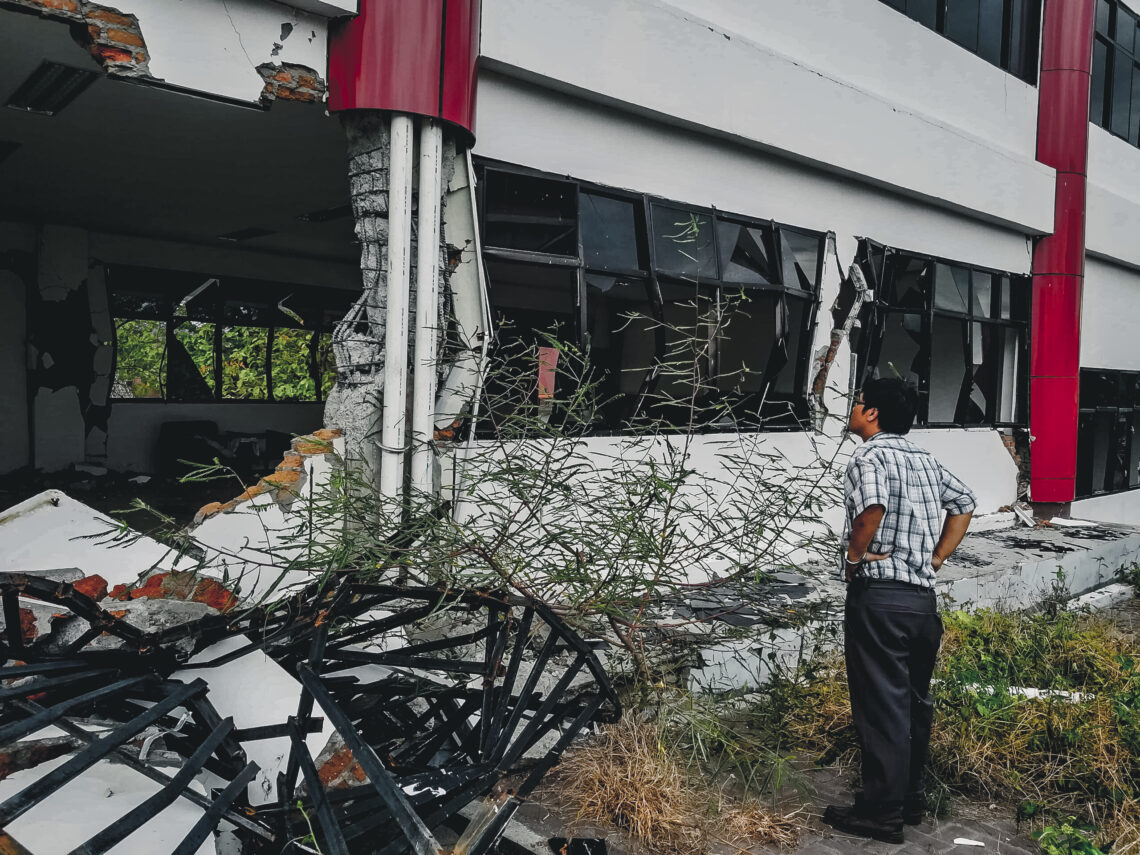